Jefferies Solicitors has grown organically since 1993 when Michael Jefferies first set up his law firm. We have 50 members of staff working in our Altrincham-based head office and have recently established Limited company status.

We now have over two decades of experience working with a broad range of clients with various different cases. Our company continues to flourish in a way that is reflected in our clients’ success.

We have been formally accredited by a number of important legal bodies, including The Law Society and APIL. In addition, our director Nina Ramsden and senior solicitor Kathryn Harland are both APIL senior litigators.

Part of the ethos of Jefferies Solicitors is to take care of the people who work here. In 2011, we entered the Sunday Times survey and received star status after votes were cast by our own staff members. The feedback from staff covered far-reaching topics like community work in the local area and the part the firm plays in being responsible for the environment.

Charities we work with

Jefferies Solicitors firmly believes in giving something back to the local community and, as such, has been heavily involved in a number of charities and charitable events since its inception.

We have worked alongside leading brain injury charity, Headway UK for a number of years. In 2013, we took on the challenge of receiving the ‘Headway baton’. As part of our charitable pledge, the entire Jefferies team worked hard throughout the year to raise as much money as possible for the charity. We hosted a charity ball at The Midland Hotel in Manchester and two members of the team, Nina Ramsden and Deborah Adams, completed the London marathon. Since then we have raised thousands of pounds for Headway through various fundraising activities. 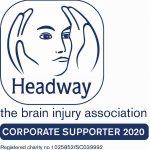 We have also worked with Cheshire-based charity, the Children’s Adventure Farm Trust (CAFT). The organisation, which is 100% reliant on donations, gives children from underprivileged backgrounds and those with physical impairments, the chance for an adventure break within its grounds. Our staff are able to take paid leave to volunteer at the centre as taking part in all kinds of fundraising events.

We are also one of the founding members of the CAFT Business Club.

In November 2019, trainee solicitor Joshua Morton won the award for Young Achiever of the Year at the Personal Injury Awards, while Crystal Collins was a finalist in the category of Lawyer of the Year. 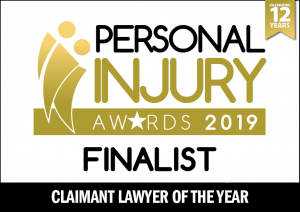 As a result of the firm’s positive working culture, understanding approach and commitment to the Jefferies team, we were shortlisted for the award of Employer of the Year at the Modern Claims Awards 2017. The event, hosted by the Modern Claims magazine, celebrates the success and talent of members of the personal injury industry.