HomeMedia CentreCan I Use Dash Cam Footage As Evidence? 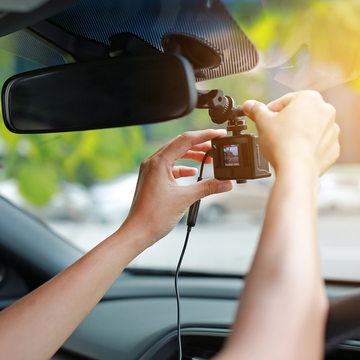 Can I Use Dash Cam Footage As Evidence?

If you’ve been involved in a road traffic accident that wasn’t your fault, how can you prove it?

A dash camera is a small device that records live footage, that can be purchased for between £20 and some models can be over £300. Many people use dash cams for insurance purposes in the event of an accident for the purpose of accountability.

You don’t need any legal permission to use a dash cam, you can just purchase one plug it in, and go. You must make sure that the dash cam does not restrict your vision when driving as if it does you could be breaking the law.

Can cyclists use a dash cam?

Cyclists can use cameras that are much like a dash cam as evidence in a road traffic accident. Cyclists can use action camera footage from a small camera that is often fixed to a cyclist’s helmet, bike or body.

Can I use dash cam footage as evidence in a road traffic accident?

These two factors will help you to make a successful claim for compensation in a road traffic accident.

How do I use dash cam footage as evidence?

You can use the National Dash Cam Safety Portal to send footage directly to your local police force.

What are the disadvantages of dash cams?