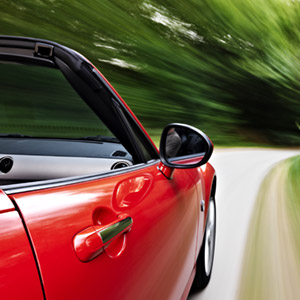 We are now fully in the midst of fully appreciating those extra, well-earned daylight hours. According to The Royal Society for the Prevention of Accidents (RoSPA), it’s time to consider the road safety benefits of lighter nights.

The road safety charity says they want to encourage more people to commute to work using their bikes. However, they also want to see cyclists kept safe on the roads. They say that both of these will be possible if daylight hours are increased. Since there will be better visibility, more people will be able to ride their bikes in the lighter evenings. RoSPA claims that this is true for all road users but especially for those more vulnerable, such as cyclists and pedestrians.

The Department for Transport has published preliminary figures which show that there was a 1% rise in road deaths in 2014. According to research, an extra hour of evening daylight each day would save lives and prevent injuries on the UK roads, especially for cyclists and pedestrians.

RoSPA is running a campaign dedicated to creating lighter evenings to improve road safety in the UK. The charity wants the UK to be brought in line with the rest of Europe with GMT + 1 during the winter and GMT + 2 in the summer. This would mean there would be lighter evenings and safer roads all year round.

Currently, UK clocks are set to GMT between October and March, with the clocks changing to GMT + 1 between March and October. The campaign wants to change to Central European Time which is always one hour ahead of the UK; one hour ahead of GMT in winter and 2 hours ahead in summer.

The proposals would mean that there would be more daylight and therefore better visibility on the roads in the evenings both summer and winter, resulting in fewer people being killed in road traffic accidents. It would also encourage more people to exercise – by cycling, running, walking or taking part in sports – during the evenings, reducing the obesity problems that exist in the country. RoSPA claims that if the campaign is implemented, it could reduce road deaths by around 80 per year. For serious injuries, there could be a drop of 212 per year.

RoSPA says that not only will the roads be safer, but other aspects of life such as the economy and national health will receive a boost. Many people stop cycling to work in the winter because of the darker evenings, which are seen as a threat to safety for many cyclists. The new regime would see people on their bikes sooner in the spring and later in the autumn.

Chief Executive of RoSPA, Kevin Clinton, says “RoSPA is lobbying for better engineering, enforcement and education in the long-term, but a change to Daylight Savings could have an immediate impact.”

A decline in weather conditions in winter also adds to the risk of road accidents. In fact, the number of road casualties tends to rise in autumn when the clocks go back. These effects are worse for children, pedestrians, motorcyclists and cyclists.

According to research, during the working week, casualty rates peak between 8 am and 10 am, and 3 pm and 7 pm. It is believed that more accidents happen in the evening because of a number of factors. Firstly, adults are more likely to go shopping on the way home from work than on the way in. Secondly, children tend to stop off on the way home from school. Both of these factors mean that there is more exposure to the risk of a road accident. In addition, motorists are usually more tired on their commute home from work than they are on the way there.

This goes some way to explaining why there is a peak in road accidents during the afternoon and evening rather than the morning. A change in Daylight Saving Time would produce net benefits, including a reduction in the number of evening accidents. Although there could be an increase in morning accidents, this the number of accidents overall would still be reduced.

Additional Benefits Of Switching To SDST

Supporters of the changes say that the benefits could be huge and would not be costly. They claim that they could reduce Co2 pollution by 447,000 tonnes every year and that carbon emissions could also be cut.

There could be benefits for business too. International conference calls and online meetings between the UK and Europe would be easier to organise since there would be no overlaps in time. What’s more, stock market hours would also be improved and tourism would benefit; tourist facilities could close later and the tourism season could be extended.