HomeMedia CentreBrexit: A Blessing or a Curse For Those Against Personal Injury Reform?

Brexit: A Blessing or a Curse For Those Against Personal Injury Reform?

Across the country, people are slowly coming to terms with the seismic events of the last week and beginning to envision the UK independent of the European Union. While those who voted Remain are doing this reluctantly, for the personal injury sector, it’s possible that Brexit was a blessing in disguise. 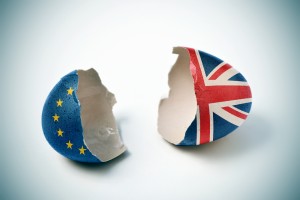 At the moment, the primary consequence of the referendum appears to be significant political upheaval, with the resignation of the prime minister and a major reshuffle within the shadow cabinet. We are faced with a period of uncertainty as not only are we unclear about what the future relationship between Britain and Europe will be like, but we also don’t know who will be in government to cultivate this relationship.

From the viewpoint of the personal injury industry, however, there is one positive outcome of the referendum result. With more crucial issues to be addressed such as deciding on Cameron’s replacement and negotiating the terms of the UK’s exit from Europe, it is possible that proposed reforms to personal injury laws will be pushed down the political agenda. This might give some respite to those campaigning against proposals to raise the small claims limit and scrap compensation for whiplash victims.

With Cameron’s departure, it’s possible that George Osborne, who announced the government’s intention to push ahead with the reforms in October, will also step down from his position of Chancellor. While this might have some effect on the implementation of the plans, there are other factors at play.

One of the leading drivers of the proposals, Michael Gove, is also one of the Leave Campaign’s key supporters and a major contender in the upcoming Conservative leadership election. If Gove were to become the Tory leader or be promoted to another position within the party, he is expected to continue to push for the legislation to be amended.

What’s more despite the current situation, it’s highly unlikely that insurance companies will allow the reforms to disappear from the government’s radar. Despite the shift in government priorities, insurers have made it clear that they will work hard to maintain momentum in their efforts to overhaul the personal injury sector.

As a result, campaigning group Access to Justice has reinforced its commitment to fighting to halt or overturn the government’s plans. Following the referendum result, the group’s Director Martin Coyne said, “We cannot be complacent. A2J will continue to fight for the rights of ordinary people to seek redress when they are injured through no fault of their own, and we fully intend to continue to make the case to government, that its plans to erase the legal rights of 60 million voters are misguided and wrong.”

While the reforms may well take a back seat over the coming months, they are unlikely to disappear completely. In the midst of the political uncertainty that has occurred following Brexit, it’s critical that the rights of the British people are protected. To ensure that accident victims are able to access the legal representation they are entitled to and achieve the justice they deserve, campaigners within the legal sector and beyond must continue to work hard to raise awareness and evoke a positive response from the government.

Jefferies Solicitors is a personal injury firm specialising in accident, injury, industrial disease and clinical negligence compensation claims. We have been established for over two decades and work nationwide to help victims win the compensation they deserve. If you have suffered because of the negligence of others, get in touch with our friendly team today on 0800 342 3206 or contact us online.