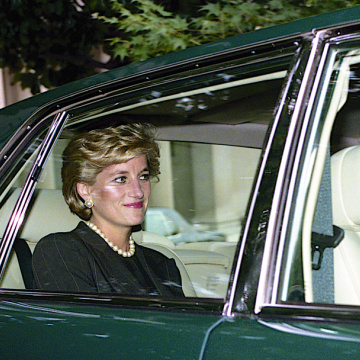 31st August 2022 marks 25 years since Princess Diana was tragically killed in a car crash in Paris, at age 36 when a limousine in which she was a passenger crashed as it sped away from paparazzi giving chase on motorbikes.

The Princess of Wales was killed in the Pont de l’Alma tunnel which led to a national public outpouring of grief. Church services are being held across the country to mark the anniversary.

In Liverpool, a service is being held followed by releasing 5 doves, the same as the number of people killed in car crashes in Britain every day.

Every year in the UK around three-quarters of a million people are injured in road traffic accidents. The injuries they experience can be as minor as a few cuts and bruises, right through to catastrophic injuries affecting the spine or brain.

This is despite the UK’s roads being some of the safest in Europe, illustrating how a road traffic accident is completely unpredictable and could happen at any time. If you are injured on the road and you were not at fault, you could be entitled to compensation.

Jefferies Solicitors deal with several types of claims, including:

If you have been involved in any of the above, please contact us to discuss your potential personal injury case.

We also deal with a wide range of other types of accident claims so please feel free to call us regardless of your enquiry type.