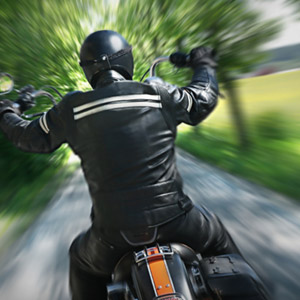 A motorbike mechanic from West Yorkshire has received £27,000 in compensation following an accident at work.

The man, from Rotherham, was working at the Sheffield Motorcycle Centre in October 2009 when he was preparing to test-drive a new Yamaha R1 bike. Unknown to the man, part of the back wheel was still encased in the packaging it had arrived in, causing the bike to skid out of control.

When he tried to stop the bike from moving he was thrown to the ground and the bike carried on moving. He suffered ruptured ligaments in his wrist and a shoulder injury.

Despite being in severe pain, the 52-year-old, carried on with his work that day, only later visiting the hospital where underwent surgery to try to fuse the bones in his wrist back together.

Despite further operations, the man has now been left unable to move his wrist meaning that many of the previous hobbies he used to enjoy are not possible. He has also had to change his career as he cannot physically do the job he used to.

The father of one has been in constant pain since the incident and has even required physiotherapy to help ease his symptoms.

Following on from the accident the man wants to highlight the necessity for improved safety regulations in the workplace in an attempt to prevent an accident like this happening again. He said: “I’ve been in constant pain ever since, which could easily have been prevented if my bosses had taken more responsibility,”

You can find our more about the ways our injury lawyers can help people to win compensation for accidents and injuries at work here.